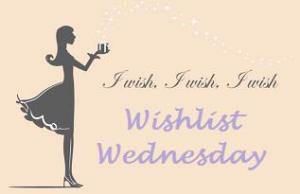 Since I have 6700+ books on my wishlist I’ve decided to start doing Wishlist Wednesday. Every week I will show you guys four books that I have on my wishlist. This week I picked:

The only thing Avery Hood can remember about the night her parents died is that she saw silver—deadly silver, moving inhumanly fast. As much as she wants to remember who killed them, she can’t, and there’s nothing left to do but try to piece her life back together. Then Avery meets the new boy in school—Ben, mysterious and beautiful, with whom she feels a connection like nothing she’s ever experienced. When Ben reveals he’s a werewolf, Avery still trusts him—at first. Then she sees that sometimes his eyes flash inhuman silver. And she learns that she’s not the only one who can’t remember the night her parents died.Part murder mystery, part grief narrative, and part heart-stopping, headlong romance, Low Red Moon is a must-read for teen paranormal fans. As breathless as Twilight and as spooky as Shiver, this is a book to be devoured in one sitting—by an acclaimed YA author making her paranormal debut under the pseudonym Ivy Devlin. 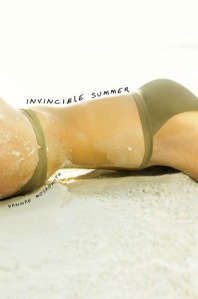 Noah’s happier than I’ve seen him in months. So I’d be an awful brother to get in the way of that. It’s not like I have some relationship with Melinda. It was just a kiss. Am I going to ruin Noah’s happiness because of a kiss?

Across four sun-kissed, drama-drenched summers at his family’s beach house, Chase is falling in love, falling in lust, and trying to keep his life from falling apart. But some girls are addictive….

Not your typical beach read.

Prom and Prejudice by Elizabeth Eulberg

From the much-buzzed-about author of THE LONELY HEARTS CLUB (already blurbed by Stephenie Meyer, Lauren Myracle, and Jen Calonita), a prom-season delight of Jane Austen proportions.

It is a truth universally acknowledged, that a single girl of high standing at Longbourn Academy must be in want of a prom date.
After winter break, the girls at the very prestigious Longbourn Academy become obsessed with the prom. Lizzie Bennet, who attends Longbourn on a scholarship, isn’t interested in designer dresses and expensive shoes, but her best friend, Jane, might be – especially now that Charles Bingley is back from a semester in London.
Lizzie is happy about her friend’s burgeoning romance but less than impressed by Charles’s friend, Will Darcy, who’s snobby and pretentious. Darcy doesn’t seem to like Lizzie either, but she assumes it’s because her family doesn’t have money. Clearly, Will Darcy is a pompous jerk – so why does Lizzie find herself drawn to him anyway?

From Brian Malloy, acclaimed author of the adult novel The Year of Ice, comes a smart, funny, heartfelt novel about being a straight girl who’s completely fallen for a gay boy.

Please believe Molly Swain when she tells you: “Never fall in love with a gay boy. And whatever you do, don’t move to New York and invite said gay boy to live with you, to make a fresh start in a new city. After all, that was what I was trying to do. Yeah, I’m only eighteen, which is, as my father says, not old enough to know your head from your ass, but still, I should have known better. After all, I was valedictorian.”