Since I have 6700+ books on my wishlist I’ve decided to start doing Wishlist Wednesday. Every week I will show you guys four books that I have on my wishlist. This week I picked: 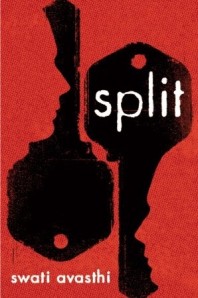 A riveting portrait of life after abuse from an award-winning novelist.

Sixteen-Year-Old Jace Witherspoon arrives at the doorstep of his estranged brother Christian with a re-landscaped face (courtesy of his father’s fist), $3.84, and a secret.

He tries to move on, going for new friends, a new school, and a new job, but all his changes can’t make him forget what he left behind—his mother, who is still trapped with his dad, and his ex-girlfriend, who is keeping his secret.

At least so far.

Worst of all, Jace realizes that if he really wants to move forward, he may first have to do what scares him most: He may have to go back. Award-winning novelist Swati Avasthi has created a riveting and remarkably nuanced portrait of what happens after. After you’ve said enough, after you’ve run, after you’ve made the split—how do you begin to live again? Readers won’t be able to put this intense page-turner down.

Maddie lives in a world where everything is done on the computer. Whether it’s to go to school or on a date, people don’t venture out of their home. There’s really no need. For the most part, Maddie’s okay with the solitary, digital life—until she meets Justin. Justin likes being with people. He enjoys the physical closeness of face-to-face interactions. People aren’t meant to be alone, he tells her.

Suddenly, Maddie feels something awakening inside her—a feeling that maybe there is a different, better way to live. But with society and her parents telling her otherwise, Maddie is going to have to learn to stand up for herself if she wants to change the path her life is taking.

In this not-so-brave new world, two young people struggle to carve out their own space. 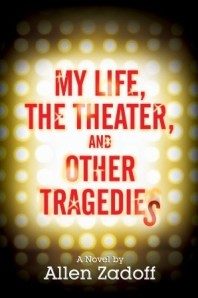 My Life, the Theater, and Other Tragedies by Allen Zadoff

High school sophomore Adam Zeigler, who lost his father to a sudden accident two years ago, thinks the best way to live life is behind the spotlight. As a member of the theater crew, he believes he’s achieved it all when he wins the coveted job of spotlight operator. But that was before a young actress, Summer, appeared in his view. Instantly smitten, Adam is determined to win her over. But to do so, he’ll have to defy his best friend and break the golden rule of his school: techies and actors don’t mix.

Set against the backdrop of a high school production of A Midsummer Night’s Dream, Zadoff’s latest is a bromance, a love story, and theater story in one. The politics of love and high school collide as Adam struggles to find the courage to step out of the shadows and into the light.

Janie Gorman is smart and creative and a little bit funky, but what she really wants to be is normal. Because living on an isolated farm with her modern-hippy parents is decidedly not normal, no matter how delicious the goat cheese. High school gives Janie the chance to prove to her suburban peers that she’s just like them, but before long she realizes normal is completely overrated, and pretty dull.

If she’s going to learn how to live large (and forget the haters), Janie will have to give up the quest and make room in her life for things from the fringe, like jam band, righteous chocolate, small acts of great bravery, and a boy named Monster. Ten Miles Past Normal is a quirky road map for life, and also a reminder that detours are not about missing out, but about finding a new way home.