Since I have 6500+ books on my wishlist I’ve decided to start doing Wishlist Wednesday. Every week I will show you guys four books that I have on my wishlist. This week I picked:

For Erin Blackwell, majoring in creative writing at the New York City college of her dreams is more than a chance to fulfill her ambitions–it’s her ticket away from the tragic memories that shadow her family’s racehorse farm in Kentucky. But when she refuses to major in business and take over the farm herself someday, her grandmother gives Erin’s college tuition and promised inheritance to their maddeningly handsome stable boy, Hunter Allen. Now Erin has to win an internship and work late nights at a coffee shop to make her own dreams a reality. She should despise Hunter . . . so why does he sneak into her thoughts as the hero of her latest writing assignment?

Then, on the day she’s sharing that assignment with her class, Hunter walks in. He’s joining her class. And after he reads about himself in her story, her private fantasies about him must be painfully clear. She only hopes to persuade him not to reveal her secret to everyone else. But Hunter devises his own creative revenge, writing sexy stories that drive the whole class wild with curiosity and fill Erin’s heart with longing. Now she’s not just imagining what might have been. She’s writing a whole new ending for her romance with Hunter. . . . except this story could come true.

Each night at precisely 4:33 am, while sixteen-year-old London Lane is asleep, her memory of that day is erased. In the morning, all she can “remember” are events from her future. London is used to relying on reminder notes and a trusted friend to get through the day, but things get complicated when a new boy at school enters the picture. Luke Henry is not someone you’d easily forget, yet try as she might, London can’t find him in her memories of things to come.

When London starts experiencing disturbing flashbacks, or flash-forwards, as the case may be, she realizes it’s time to learn about the past she keeps forgetting-before it destroys her future. 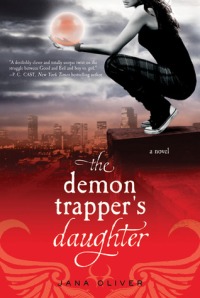 It’s the year 2018, and with human society seriously disrupted by the economic upheavals of the previous decade, Lucifer has increased the number of demons in all major cities. Atlanta is no exception. Fortunately, humans are protected by Demon Trappers, who work to keep homes and streets safe from the things that go bump in the night. Seventeen-year-old Riley, only daughter of legendary Demon Trapper Paul Blackthorne, has always dreamed of following in her father’s footsteps. When she’s not keeping up with her homework or trying to manage her growing attraction to fellow Trapper apprentice, Simon, Riley’s out saving citizens from Grade One Hellspawn. Business as usual, really, for a demon-trapping teen. When a Grade Five Geo-Fiend crashes Riley’s routine assignment at a library, jeopardizing her life and her chosen livelihood, she realizes that she’s caught in the middle of a battle between Heaven and Hell. 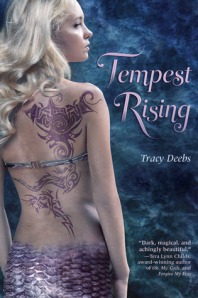 Tempest Maguire wants nothing more than to surf the killer waves near her California home; continue her steady relationship with her boyfriend, Mark; and take care of her brothers and surfer dad. But Tempest is half mermaid, and as her seventeenth birthday approaches, she will have to decide whether to remain on land or give herself to the ocean like her mother. The pull of the water becomes as insistent as her attraction to Kai, a gorgeous surfer whose uncanny abilities hint at an otherworldly identity as well. And when Tempest does finally give in to the water’s temptation and enters a fantastical underwater world, she finds that a larger destiny awaits her-and that the entire ocean’s future hangs in the balance.