Waiting on Wednesday is hosted by Jill at Breaking the Spine, that spotlights upcoming releases that we’re eagerly anticipating. I know most people only pick one or two books, but I can’t do that. I’m a book hoarder. 🙂 This week I picked: 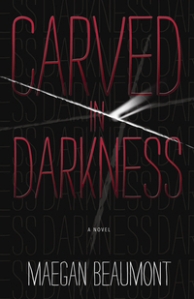 Carved in Darkness by Maegan Beaumont
Expected publication: May 8th 2013 by Midnight Ink

Past horrors bleed into a present day nightmare

Fifteen years ago, a psychotic killer abducted seventeen year old Melissa Walker. For 83 days she was raped and tortured before being left for dead in a deserted church yard… But she was still alive.

Melissa begins a new life as homicide inspector, Sabrina Vaughn. With a new face and a new name, it’s her job to hunt down murderers and it’s a job she does very well.

When Michael O’Shea, a childhood acquaintance with a suspicious past, suddenly finds her, he brings to life the nightmare Sabrina has long since buried.

Believing that his sister was recently murdered by the same monster who attacked Sabrina, Michael is dead set on getting his revenge–using Sabrina as bait. 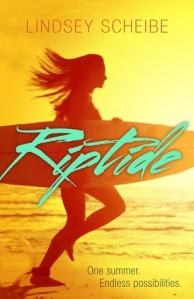 Riptide by Lindsey Scheibe
Expected publication: May 8th 2013 by Flux

Grace has one summer to prove she’s good enough

For Grace Parker, surfing is all about the ride and the moment. Everything else disappears. She can forget that her best friend, Ford Watson, has a crush on her that she can’t reciprocate. She can forget how badly she wants to get a surf scholarship to UC San Diego. She can forget the pressure of her parents’ impossibly high expectations.

When Ford enters Grace into a surf competition—the only way she can impress the UCSD surfing scouts—she has one summer to train and prepare. Will she gain everything she’s ever wanted or lose the only things that ever mattered?

The Disgrace of Kitty Grey by Mary Hooper
Expected publication: May 9th 2013 by Bloomsbury Childrens Books

Kitty is living a happy, carefree life as a dairymaid in the countryside. The grand family she is employed by looks after her well, and she loves her trade, caring for the gentle cows and working in the cool, calm dairy. And then, of course, there is Will, the river man who she thinks is very fond of her, and indeed she is of him. Surely he will ask her to marry him soon? Then one day disaster strikes: Will disappears. Kitty is first worried and then furious. She fears that Will has only been leading her on all this time, and has now gone to London to make his fortune, forgetting about her completely. So when Kitty is asked to go to London to pick up a copy of Pride and Prejudice, the latest novel by the very fashionable Jane Austen, Kitty leaps at the chance to track down Will. But Kitty has no idea how vast London is, and how careful she must be. It is barely a moment before eagle-eyed pickpockets have spotted the country-born-and-bred Kitty and relieved her of her money and belongings. Dauntingly fast, she has lost her only means of returning home and must face the terrifying prospect of stealing in order to survive – and of being named a thief …

Dream your own death.

Welcome to Sparkstone University, where some students are more gifted than others.

When Ingrid learns she’s been accepted at the hyper-secretive Sparkstone University, she is sceptical. It’s an honour to attend, apparently, and yet barely anyone has ever heard of the place.

And everyone seems a little too happy that she’s there: especially when she meets Sunni and her group of friends. They seem to already know Ingrid. As if she was expected. Expected to save Earth from an imminent alien invasion. Like she has superpowers or something.

As if magic and mutations exist. As if aliens are really planning to attack.

That just sounds ridiculous. There’s no such thing. 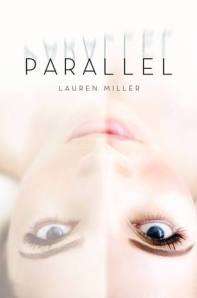 Parallel by Lauren Miller
Expected publication: May 14th 2013 by HarperTeen

Abby Barnes had a plan. The Plan. She’d go to Northwestern, major in journalism, and land a job at a national newspaper, all before she turned twenty-two. But one tiny choice—taking a drama class her senior year of high school—changed all that. Now, on the eve of her eighteenth birthday, Abby is stuck on a Hollywood movie set, miles from where she wants to be, wishing she could rewind her life. The next morning, she’s in a dorm room at Yale, with no memory of how she got there. Overnight, it’s as if her past has been rewritten.

With the help of Caitlin, her science-savvy BFF, Abby discovers that this new reality is the result of a cosmic collision of parallel universes that has Abby living an alternate version of her life. And not only that: Abby’s life changes every time her parallel self makes a new choice. Meanwhile, her parallel is living out Abby’s senior year of high school and falling for someone Abby’s never even met.

As she struggles to navigate her ever-shifting existence, forced to live out the consequences of a path she didn’t choose, Abby must let go of the Plan and learn to focus on the present, without losing sight of who she is, the boy who might just be her soul mate, and the destiny that’s finally within reach.

Truth or Dare (Truth or Dare #1) by Jacqueline Green
Expected publication: May 14th 2013 by Little, Brown Books for Young Readers

When a simple round of truth or dare spins out of control, three girls find it’s no longer a party game. It’s do or die.

It all started on a whim: the game was a way for Tenley Reed to reclaim her popularity, a chance for perfect Caitlin “Angel” Thomas to prove she’s more than her Harvard application. Loner Sydney Morgan wasn’t even there; she was hiding behind her camera like usual. But when all three start receiving mysterious dares long after the party has ended, they’re forced to play along—or risk exposing their darkest secrets.

How far will Tenley, Caitlin and Sydney go to keep the truth from surfacing? And who’s behind this twisted game?

Set against the backdrop of Echo Bay, an isolated beach town haunted by misfortune, Truth or Dare is a highly charged debut that will keep readers in suspense from beginning to end.

The Rules for Disappearing by Ashley Elston
Expected publication: May 14th 2013 by Disney-Hyperion

She’s been six different people in six different places: Madeline in Ohio, Isabelle in Missouri, Olivia in Kentucky . . . But now that she’s been transplanted to rural Louisiana, she has decided that this fake identity will be her last.

Witness Protection has taken nearly everything from her. But for now, they’ve given her a new name, Megan Rose Jones, and a horrible hair color. For the past eight months, Meg has begged her father to answer one question: What on earth did he do – or see – that landed them in this god-awful mess? Meg has just about had it with all the Suits’ rules — and her dad’s silence. If he won’t help, it’s time she got some answers for herself.

But Meg isn’t counting on Ethan Landry, an adorable Louisiana farm boy who’s too smart for his own good. He knows Meg is hiding something big. And it just might get both of them killed. As they embark on a perilous journey to free her family once and for all, Meg discovers that there’s only one rule that really matters — survival. 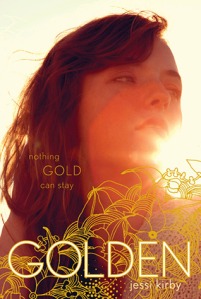 Love, tragedy, and mystery converge in this compelling novel from “an author to watch” (Booklist).

Seventeen-year-old Parker Frost has never taken the road less traveled. Valedictorian and quintessential good girl, she’s about to graduate high school without ever having kissed her crush or broken the rules. So when fate drops a clue in her lap—one that might be the key to unraveling a town mystery—she decides to take a chance.

Julianna Farnetti and Shane Cruz are remembered as the golden couple of Summit Lakes High—perfect in every way, meant to be together forever. But Julianna’s journal tells a different story—one of doubts about Shane and a forbidden romance with an older, artistic guy. These are the secrets that were swept away with her the night that Shane’s jeep plunged into an icy river, leaving behind a grieving town and no bodies to bury.

Reading Julianna’s journal gives Parker the courage to start to really live—and it also gives her reasons to question what really happened the night of the accident. Armed with clues from the past, Parker enlists the help of her best friend, Kat, and Trevor, her longtime crush, to track down some leads. The mystery ends up taking Parker places that she never could have imagined. And she soon finds that taking the road less traveled makes all the difference.

The Language Inside by Holly Thompson
Expected publication: May 14th 2013 by Delacorte

A nuanced novel in verse that explores identity in a multicultural world.

Emma Karas was raised in Japan; it’s the country she calls home. But when her mother is diagnosed with breast cancer, Emma’s family moves to a town outside Lowell, Massachusetts, to stay with Emma’s grandmother while her mom undergoes treatment.

Emma feels out of place in the United States.She begins to have migraines, and longs to be back in Japan. At her grandmother’s urging, she volunteers in a long-term care center to help Zena, a patient with locked-in syndrome, write down her poems. There, Emma meets Samnang, another volunteer, who assists elderly Cambodian refugees. Weekly visits to the care center, Zena’s poems, dance, and noodle soup bring Emma and Samnang closer, until Emma must make a painful choice: stay in Massachusetts, or return home early to Japan.

7 thoughts on “Waiting on Wednesday #18”